Back to all posts

I always get a little nostalgic during the holidays. Why?

Well, one of the many reasons is because I start to remember one of my favorite childhood Christmas Days… the one back in the early 1990’s, when I got my first electronic music making instrument…

I was doing some major bedroom cleaning this past summer, because, well... a clean and orderly workspace/bedroom will be a lot easier to create my music in, and less stressful. I'd rather focus on making music, not going through years-old collections of junk mail I never open! But during that time, what do I re-discover?

My old little piano keyboards, tucked away behind a bookshelf!! 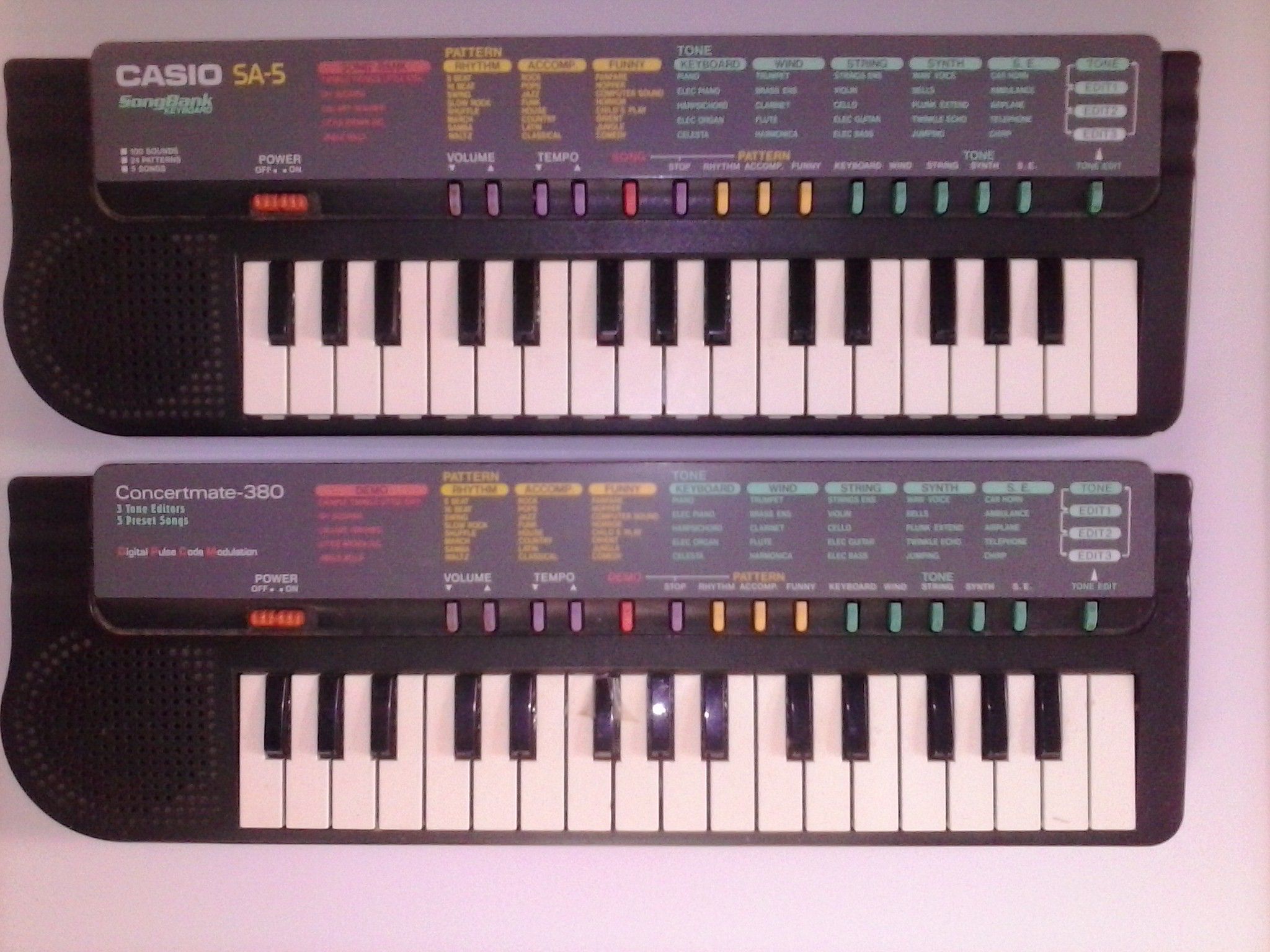 There’s a funny story to these things. One of them was actually a gift to both me and my sister Sara in 1992, for Christmas. It had all sorts of instruments sounds and synthesizers, and little pre-loaded tunes that we could play along to. But the drawback was, we could only play 2 notes on it at a time.

Our parents eventually got another keyboard… the exact type with the same buttons and setting and... everything! No we each had one...

Well, it occurred to me and my sister that sometimes, you need more than 2 notes to make better music! If one person used BOTH of the keyboards at once, we could play up to FOUR notes at the same time! That was like an upgrade! So sometimes, I would play both keyboards at the same time, and then my sister would want to play them too, but we had to take turns and share, waiting for the other to stop playing both of these keyboards before the other sister can. Somehow, we made it work, though! :)

My sister and I still made use of these little keyboards even while we had new larger Yamaha piano keyboards given to us by our Grandma when we turned 13 year old, bless her. She wanted both of us to have our own big keyboard to make music on. Sometimes we would jam together with one of us on a big new keyboard and the other sister on both the little Casio keyboards. And we would record these “jam sessions” on… guess what? Audio cassette tapes! That’s right! Back then, we lived and breathed audio cassette tapes, whether we listened to them, or got to recording on them. (I guess that’s why we think Soundwave and Blaster from Transformers G1 are so awesome, because they transform into boomboxes or sound systems with tape decks, haha. But I digress…!)

Later I’d go on to also use both types of keyboards for recording my more serious songs at the time during my high school days, including the anti-smoking jingle we came up with in high school. (That’s another project I plan on improving someday with my professional tools in Logic Pro now!)

I’ve cleaned these old keyboards out, but I’ll have to see if they still even work. Perhaps I can update this blog post to say whether they do or don’t, but just seeing them always makes me think of how much fun I had playing on those things.

Thanks for reading, and stay tuned for more!